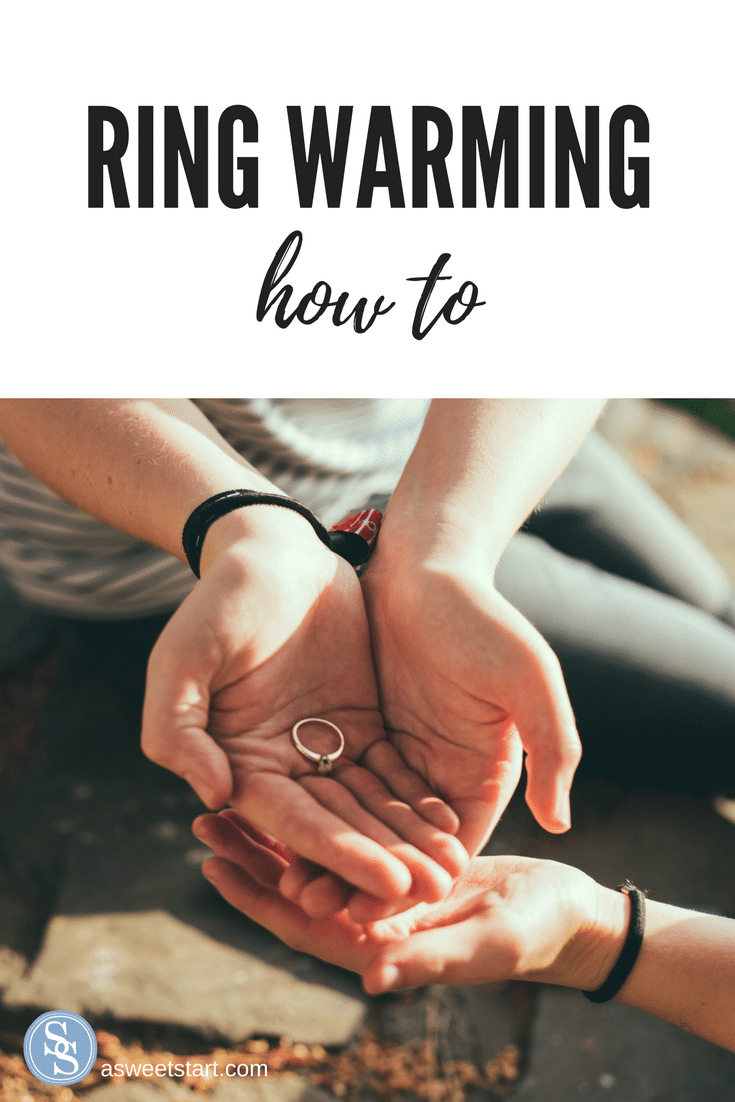 Have you heard of the ring warming ceremony? It’s absolutely one of my favorite traditions for your wedding! It’s very easy to do and works every time.

How a Ring Warming Works

Your officiant starts the ceremony by welcoming all of your guests. Then, before the ceremony gets underway, the officiant explains that the rings will be passed amongst the guests. Each guest is instructed to hold the rings, warm them with their love and give the rings their blessings and then pass the ring on to the guest sitting next to them. Isn’t that beautiful?!

So, the whole time the ceremony is happening, the rings are slowly making their way from guest to guest, across each row.

At the point in the wedding ceremony when it’s time for the ring exchange, your officiant will ask for the rings. Whoever is the last guest to “warm the rings” will hold the rings up for either the best man or someone else in the ceremony to bring them up to the officiant.

The officiant is given the rings and goes on with the ceremony. Easy as that!

Tips for a Successful Ring Warming

Secure the rings. Always make sure the rings are secured in some way, either to each other with ribbon or in a vessel. I’ve seen rings tied together in a bird’s nest, in a special box, in a lace bag cinched at the top, in a tiny bird cage…you get the idea. It’s important for them to be tied together at the very least. One fear couples have is that the rings will get lost during the ring warming. If they’re secured in a container they have less of a chance of falling out.

Start in the back. Always start by giving the rings to the last person in the last row at the back of the ceremony site. This way, the rings will end up in the front row in time for the ring exchange.

Size doesn’t matter. A ring warming ceremony can be done with any size wedding. I’ve done it at weddings with 150+ guests. As long as you organize the timing of it to begin as soon as the ceremony starts and as long as you have some good content between that and the ring exchange, it shouldn’t be an issue.

They won’t get lost. Don’t worry, the rings will not get lost! I hear couples say that they don’t want to do the ring warming because they’ll worry someone might steal the rings or that they’ll get dropped and get lost during the ceremony. If you have them secured in some kind of bag or container, I promise you, they won’t get lost! And if they get stolen, uh…you have bigger things to worry about.

Get Married by Maria How to Tie a Knot during your Wedding Ceremony Ideas for including a dog in your wedding How to Incorporate Religious Elements into Your Secular Wedding How to Get Your Maine Marriage License After the Wedding