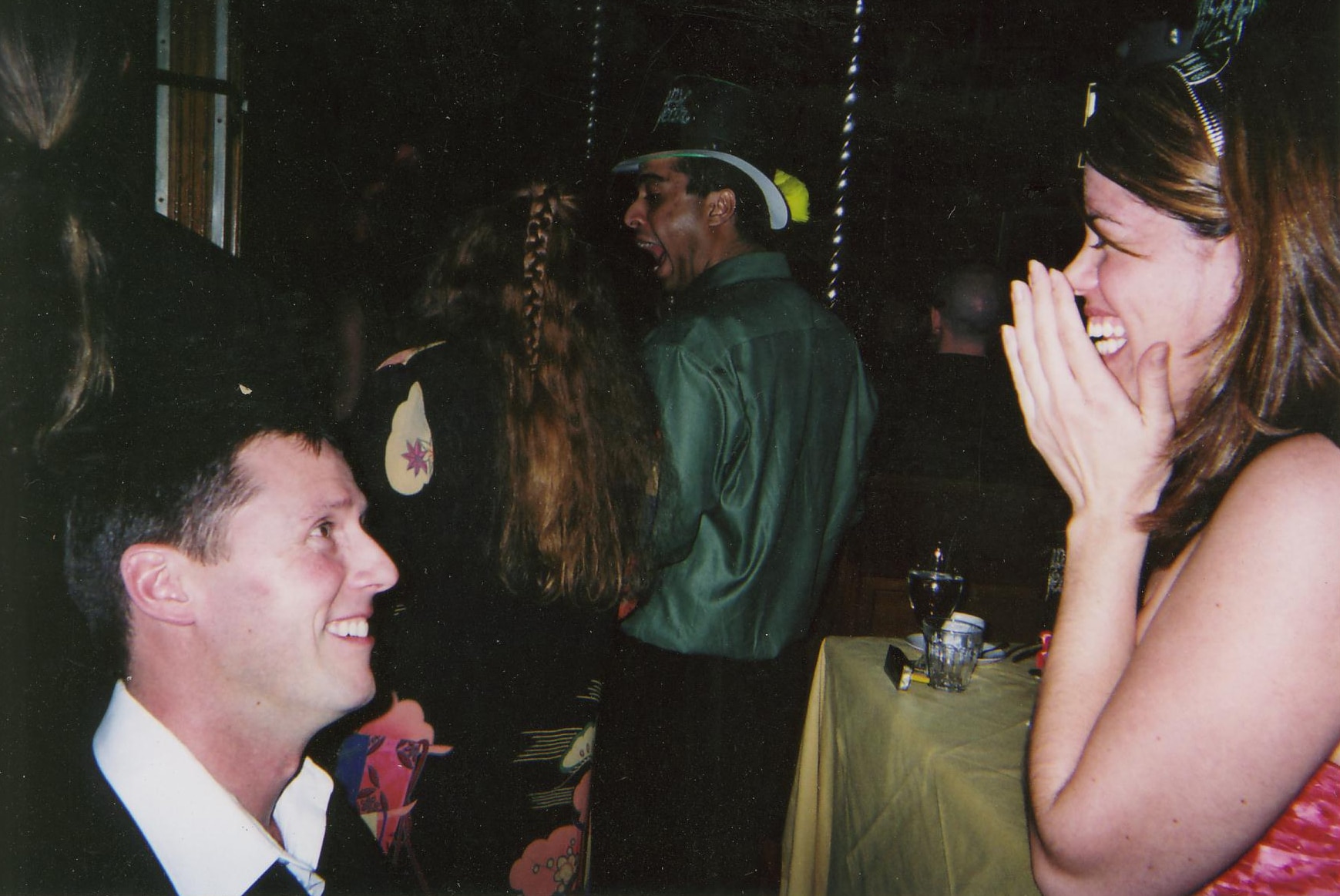 About 30 seconds before midnight on December 31, 2015, my then-boyfriend got down on one knee and pulled out a ring. Not just any ring, the ring of my dreams (partly because I had helped design it months earlier). He nervously looked up at me and said something which I’m sure was very romantic – I remember nothing he actually said. As the clock struck midnight and the dinner theater guests around us erupted into cheers I flung myself into Nick’s arms and repeated “Yes!” over and over again.

Immediately, the entire restaurant flooded out onto the deck overlooking San Francisco Bay to watch the fireworks. I remember gazing at the sparkly reflection of the fireworks in my ring. I couldn’t stop looking at it!

Even though the engagement wasn’t entirely a surprise (did you see the part where I designed my own ring?!), it was romantic and magical. It’s a moment stored in my memory forever for its heightened excitement and the way it made me feel so special. Proposals now compete to be the most over-the-top and viral-worthy, but I treasure mine just the way it was: a sweet moment between Nick and me!

Clearly I’m a sucker for a good proposal story, so tell me yours!

Learn about my approach to weddings getting married in maine

Maine Justice of the Peace

So Much More Than Just a Script